American English Idioms are a fun way to explain different situations and circumstances in the English language. For new and experienced ESL speakers, idioms can sometimes be hard to understand. I’ve put together a series of videos for your viewing pleasure to help understand American English idioms. Some idioms are used in day-to-day conversation, while others are seldom used. I’ve created videos for ones I think are useful in conversation, whether it be in a conversation with a friend, or in a business meeting with colleagues.

Enjoy these American English idioms that can help you level up your scores on the IELTS, TOEFL or TOEIC exams. Oh, and check this out if you want to learn some expressions and English slang. 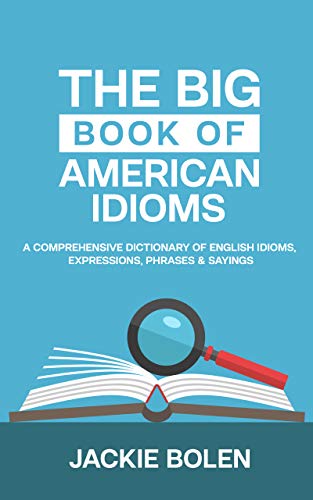 To add insult to injury

To add insult to injury = make something already bad worse. For example, a guy fell off his bike but then a car ran over his foot.

“To add insult to injury, a player on the opposing team did a big celebration even though we were down five goals.”

“After John’s proposal was chosen, he added insult to injury by coming to my desk to brag about it.”

Ahead of the pack

Ahead of the pack = to be ahead of other people or companies trying to do a similar thing.

“Their technology was so ahead of the pack that the Government chose it without seeking competition.”

“Kelly’s work was ahead of the pack, so we gave her more challenging things to do.”

A dime a dozen

A dime a dozen = something that is very common; not special.

“Don’t worry about throwing those out, they come a dime a dozen“.

“You would think that e-bikes are a dime a dozen with how many you see around the city.”

A tough nut to crack

A tough nut to crack = someone who is difficult to get to know.

“The new English literature professor is a tough nut to crack. I haven’t been able to figure out what her favourite book is.”

“John has been upset today, but he’s a tough nut to crack so I don’t know what happened.”

A lot on my plate

A lot on my plate = many responsibilities.

“I can’t come to the party tonight, I have a lot on my plate and need to work late.”

“John has a lot on his plate, I’ll take the lead for the presentation.”

An apple a day keeps the doctor away

An apple a day keeps the doctor away = eating healthy keeps you from getting sick.

“You’re eating so much junk food, you know an apple a day keeps the doctor away!”

“I think I’m healthy now because my nan always used to tell me when I was young, ‘an apple a day keeps the doctor away.'”

A Storm is Brewing

A storm is brewing = difficulty or danger is expected in the future.

“I think a storm is brewing at work between Marnie and Carrie. Things are getting tenser by the day.”

“I’m worried that a storm is brewing between my parents. They keep complaining to me about each other.”

As Fit as a Fiddle

As fit as a fiddle = in great shape.

“Jerry is as fit as a fiddle considering that he’s 84.”

“I was as fit as a fiddle in my thirties. Then, I got old and lazy!”

A Piece of Cake

A piece of cake = something that’s easy to do.

“That project? Don’t even worry about it. It’s a piece of cake.”

“That homework is a piece of cake. It’ll only take you 10 minutes.”

At the Eleventh (11th) Hour

At the eleventh hour = at the last minute.

“That bank got bailed out by the government at the eleventh hour.”

“That meeting got called at the eleventh hour, right before I was getting ready to leave.”

At death’s door = close to dying.

“My friend is at death’s door. I’m not sure she’s going to make it.”

“My grandpa was at death’s door for months but he surprisingly recovered.”

Bang for the Buck

Bang for the buck = something that offers good value for the money you paid for it.

“We need to get more bang for our buck. Mason just isn’t worth what we’re paying him.”

“That video game console isn’t cheap but you get a lot of bang for the buck with all the games that come with it.”

Barking Up the Wrong Tree

Barking up the wrong tree = blaming the wrong person.

“You’re barking up the wrong tree here. Jeremiah broke your phone, not me.”

“My mom is always barking up the wrong tree and blaming me for stuff that my brother does.”

Beat Around the Bush

Beat around the bush = avoid talking about something important, or not getting to the main point directly.

“Let’s not beat around the bush—the blame lies with Logan for this problem.”

“I hate that my boss always beats around the bush which makes meetings take way longer than they need to.”

Beat Me to the Punch

Beat me to the punch = say or do something before someone else.

“You beat me to the punch—that’s exactly what I was going to say.”

“Oh wow. It looks like Apple beat Samsung to the punch with that new eye recognition feature.”

Back to Square One

Back to square one = starting at the beginning again.

“Well, we’re back to square one on that project. Tim rejected our first attempt.”

“I’m back to square one on my thesis proposal. My advisor recommended against what I had in mind.”

Back to the Drawing Board

Back to the drawing board = to start over.

“It’s back to the drawing board—the client didn’t like the first schematics.”

“The government regulators rejected our modifications so it’s back to the drawing board.”

What do you think about American English Idioms?

Leave a comment below to let me know what you think and what American English idioms you want to hear next!