Have you ever heard someone exclaim “chill out,” “take a hike,” or “an apple a day keeps the doctor away” and wonder what it really means? They are English slang expressions! Check out these videos and explanations to find out more about American English slang. Practice English slang with your friends and colleagues

In American English, slang is sometimes used to describe a situation or someone’s behaviour. It’s a way to explain something using less words and often is used between friends and colleagues. You might even hear strangers using it to describe something!

These videos and explanations of slang are a great way to help expand your English vocabulary, deepen your understanding of English, get a better score on the IELTS speaking exam part 1 and improve your spoken English. Watch the videos, read the examples and try using some slang with your friends!

And, if you want to learn some idioms too, be sure to check this out: American English Idioms. 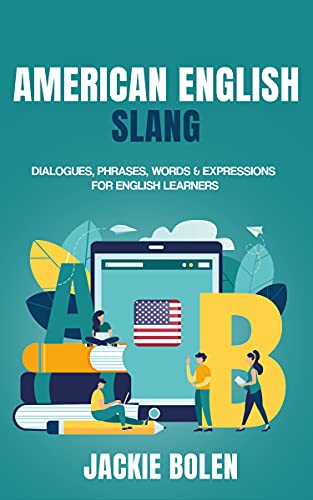 Chill out = relax, take a breath.

“Chill out and go score that goal. You’ve got this.”

“This party is lame, I’m not having fun. I’m gonna bail.”

“I think he’s being rude and it’s uncomfortable. Let’s bail.”

Third wheel = Describes someone who is hanging out with a couple.

“My boyfriend can’t come, so I’ll just be the third wheel on our camping trip.”

“I don’t wanna be your third wheel at the movies, sorry.”

Couch Potato = People who aren’t that active, instead preferring to sit on the couch and watch TV or play video games.

“Stop being a couch potato and get your homework done!”

“John’s being a couch potato, he won’t want to go on a hike with us.”

“I’m getting tired and I have to work tomorrow morning. I’m gonna roll.”

Catch some rays = go outside in the sun.

“Want to go to the beach and catch some rays with me?”

“It’s a beautiful day outside. Let’s go catch some rays!”

Hang out = spend time with someone.

“Do you want to hang out tomorrow night?”

“Yuri and I are hanging out later, do you want to join?”

All nighter = Stayed up the entire night to study or work.

“The due date is tomorrow at 11am so I’m pulling an all nighter tonight to get it completed.”

“Are you really going to pull an all nighter again? You’ll think better with a bit of sleep!”

“You need next Saturday off? No worries.”

“No worries, I am a bit late anyways.”

Hit the books = studied; to study.

“I’ve got a midterm tomorrow afternoon so I’m gonna hit the books.”

“Hey Ian, do you want to hit the books with me?”

I’m down = An expression that shows you want to do the thing that the other person is suggesting. Same as, “I’m in.”

Pit stop = stopping to get snacks or go to the bathroom on a road trip.

“Hey Ian, can we have a pit stop please?”

“We’ve been driving a while now, I think I’m going to have a pit stop.”

TMI (Too Much Information)

TMI = Too much information. Used to express displeasure when someone tells you something that you think should be kept private.

“I don’t wanna know how your finger broke, that’s TMI!”

Stoner = describes someone who smokes marijuana (or partakes in illegal drugs) regularly or almost every day.

“Jim is a stoner, he takes naps constantly.”

“Don’t expect her homework to be on time, she’s a stoner.”

Slacker = describes someone who is lazy.

“He has been a slacker on our group project, he isn’t doing his work.”

“I’m so frustrated, she’s a slacker and it’s affecting my work.”

“Timmy didn’t get to eat candy for dinner, so now he’s having a meltdown.”

“She forgot to save all her work, so she’s having a meltdown now that it’s gone.”

Pull over = stop the car on the side of the road.

“I really need to use the washroom, do you mind pulling over?”

“He’s going to have to do damage control with his boss after what he said about him.”

“They’re doing damage control after what that politician said.”

“I’m getting hangry, stop here so I can get some food.”

Hey Bro = a way to greet a close male friend (if you’re also a guy).

“Hey bro, want to go kick some ball later on?”

Dumped = broken up with.

“She dumped me last night. I’m so upset.”

“I just got dumped, I need a night out!”

Getting hitched = getting married.

“Did you hear? He got hitched in Vegas over the weekend!”

Flakey = describes someone who doesn’t follow through with what they say or always cancels plans.

“Why are you so flakey? I keep inviting you but you never show up.”

“Did you see her new wheels? Awesome colour choice!”

“Hop in, we’ll take my wheels to get there.”

Busted = to get caught doing something wrong.

“I got busted for skipping school, so I’m grounded for the week.”

“I got busted last time, I don’t wanted to get busted again.”

“If you don’t study, you’re going to end up flunking the test.”

“I don’t want to flunk the test, can I have extra study time please?”

Keener = describes someone who is the opposite of lazy.

“You already finished all the readings? You’re such a keener!”

“You can tell the new girl is a keener, she knew so much about this weeks lecture!”

What do you think about American English slang?

Leave a comment below to let me know what you think and what American English slang you want to hear next!

Also, you might want to check out these English Expressions.