To speak English in this day and age is to have access to a world of possibility that no other language can provide. In fact, more than 3 million people speak English, and over 50 countries either have English as an official language or as a primary language. That’s why there are lots of opportunities for Teaching English in Malta.

For these and other reasons, teaching jobs in Malta is one of the fastest-growing industries in the country. Keep on reading for everything you need to know about teaching English in Malta. Malta as a Popular EFL Destination

English language studies is a booming industry that is taking the world by storm. People who want to learn English are spoiled for choice, as many countries all over the world have effective EFL programs that are worth investigating.

However, this article seeks to zoom in on Malta as one of the top ten destinations of choice for students who want to improve their English abilities.

So, what makes teaching English in Malta such a competitive industry? There is more than one reason why more than 80 000 students from Europe, Asia and South America flock to Malta every year to learn English. Here are a few of the perks.

Immersion in an English Environment

For starters, English is an official language in Malta, so students’ learning isn’t limited to the classroom. Whatever skills they learn inside the classroom; they can practice in real-life situations as soon as they set foot outside. For example, if students learn the vocabulary necessary to buy groceries in a super-market in class, they are able to use their new vocabulary in conversation when they go to the shop.

This gives Malta an advantage over many other countries that aim to teach English, where the curriculum is confined to the classroom. In these cases, no matter how good the syllabus is, student’s development is limited due to lack of practice in the outside world.

In contrast to these countries, the attraction of Maltese EFL schools in particular is that they boast an excellent curriculum in addition to immersion in an English-speaking environment which plays a key role in students’ success. 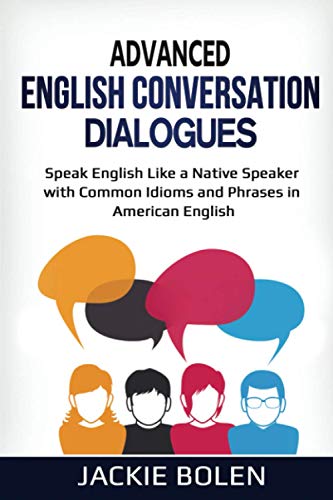 The effectiveness of Malta’s EFL programs has arisen, to a large extent, due to the existence of legislation that requires English schools to meet a certain standard. In our opinion, Malta is one of the few countries in the world to have their English schools regulated in such a fashion.

In order to maintain a high standard of education, all teaching schools are visited by the ELT council at least once a year, which monitors the quality of the programs that are delivered in schools. Schools that are part of FELTOM association of teaching organizations are also visited.

Since it started in 1963, Malta’s EFL industry has grown exponentially and continues to remain an important part of the economy. Studies have shown that English students tend to stay in the country for a longer period than most other tourists, which is why this program is so well-supported by the state.

Many students in Malta want to learn English to work in the tourism industry. Here’s a nice resource to recommend to them: English tourism book.

How to Teach English to Teenagers: Top 5 Tips for ESL/EFL Teachers | Fun Games for Teens

Another factor in the resounding success of Malta’s EFL programs is the multi-national student community that enters Malta’s borders from countries such as Italy, Russia, Korea and Venezuela. This international community of students is one of the key factors that keep the industry alive and flourishing.

Tourism and Teaching English in Malta

Last but not least, Malta’s natural and cultural beauty is unmatched and is a major drawcard for well-travelled English students. It has a number of tourist attractions that make medium-to-long term stay in the country a rich, entertaining and interesting experience. An added bonus is that, in Malta, the weather is favorable for travel throughout the year.

The Maltese islands, for example, are a tourist hot-spot that students sometimes visit during their free time. There are also a number of historical sites that students can visit, including Valletta (Malta’s capital city, which is now also a UNESCO world heritage site).

Many of the attractions are close in proximity to one another. Students may stay for a couple of weeks but are able to see a lot of the popular sites. Cultural events happen throughout Malta during the course of the year, which further contributes to students’ experience of Malta as a rewarding and life-changing travel experience. This is just the start of the conversation. Leave a comment below and let us know what you think.

What are the Options for Teaching ESL in Malta?

To teach ESL in Malta, you will find the most opportunities in the bigger cities of Valletta, Sliema, and St. Julian’s. You can find lots of universities, international schools and private English academies there.

For international schools, you have three options in Malta:

Some of the best opportunities are during the summer. Almost 80,000 international students come to Malta for summer programs.

Salary for English Teachers in Malta

The average salary for an English teacher in Malta is around 1000 Euros. This is enough to live well but it’s not enough to save a lot of cash each month. This is for 20-25 working hours per week. Housing is most often not provided.

There are a number of common questions that people have about teaching ESL/EFL in Malta. Here are the answers to some of the most popular ones.

Do they speak English in Malta?

How do I become an English teacher in Malta?

To become an English teacher in Malta, you have to obtain a permit from the Maltese education department. These are generally only granted to people with an accredited TEFL certification.

Do you need a degree to teach English in Malta?

To teach English in Malta, you don’t need a degree. However, you do need a 120-hour TEFL certificate.

What is the cost of living in Malta?

The cost of living in Malta is lower than in some other countries in Europe. A couple can live very well for around $2000 USD per month. You could live for far less though if you were somewhat frugal.

Do you have any questions or advice about teaching ESL in Malta? Leave a comment and let us know! We’d love to hear from you.