Affect vs Effect is one of the most confusing English words. Even many native English speakers struggle with when to use affect or effect. To further compound the confusion, effect and affect both have noun and verb forms that are commonly used.

Not to worry! Keep on reading for all the details you need to know about effect vs affect and you’ll have them straight in no time at all. Most people say the “a” and “e” at the beginning of the words quite distinctly so it’s easy to distinguish between these two words.

Affect (as a verb)

A verb that means to act on or produce change in. Or to change someone’s feelings.

Tip: Use “affect” if you could replace it with the verbs “hurt” or “impact.” See the first sentence (The cold weather HURTS/IMPACTS my knees). 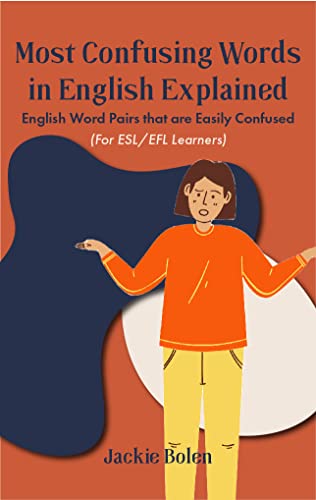 Affect (as a noun)

Can also be a noun (less common than as a verb). Used in psychology to talk about emotion or desire.

Effect (as a noun)

A noun that means result or consequence.

Tip: Use “effect” if you could replace it with the noun consequence. See the first sentence (What CONSEQUENCE did Covid-19 have on your business?).

Effect (as a verb)

Less commonly used as a verb that means to cause something to happen or to accomplish something.

You will often see the phrase ‘in full effect’. Sometimes words have a slightly different meaning when it is used in a phrase.

Possible meanings of ‘in full effect’: extreme, intense, fully implemented, fully functional, into force, or to be at your best.

List of words that mean the same as ‘affect’:

List of words that have a similar meaning as ‘effect’:

Effect vs Affect Worksheet for ESL

Check out some of the most confusing words in English:

You can find hundreds of confusing English words and word pairs in this book: Most Confusing Words in English Explained. Pick up a copy and ace your next TOEFL, TOEIC, or IELTS exam! Find out everything you need to know about it right here:

FAQs About Affect vs Effect

Here are some of the most commonly asked questions about the grammar confusion between affect and effect.

Is it affect me or effect me?

If something is impacting you, it is ‘affect me’. The bad weather affected my schedule. It is ‘affect’ because the weather had an impact on my schedule or had changed something.

How do you remember affect vs effect?

There is a simple trick. Affect starts with ‘A’, which stands for action. Effect is the result of that action. ‘E’ stands for the end result. Although affect and effect can both be used as verbs and nouns, this simple trick is good enough to remember the general and the most common use of affect vs effect.

Are you affected or effected by COVID?

Covid is the action (affect), not the end result (effect). Something affects you when it has an impact on you. COVID caused changes to our lives, so it is the correct word choice is ‘affected’. We are all affected by COVID.

Affect or Effect: Join the Conversation

Do you have any tips or tricks for remembering the grammatical differences between these two words and their various forms? Leave a comment below and let us know. We’d really appreciate it.