If you’re looking for some information about the IELTS speaking test grading criteria, then you’re in the right place. We’re going to give you the rundown on the four categories that are evaluated, including: Fluency & Coherence, Lexical Resources (Vocabulary), Grammatical Range & Accuracy, and Pronunciation.

How the IELTS speaking test is graded

You will be graded on four things during the IELTS speaking exam.

How quickly you speak, without pauses or repeating yourself. Is the previous thought connected to the next one and how do you finish off what you’re saying?

To score at the band 7 level, or above, you’ll need to be able to speak about all the topics on the test with precision, as well as use things like collocations (words that occur together more often than by random chance), idioms, slang, and phrasal verbs. This book will focus on helping you with this! 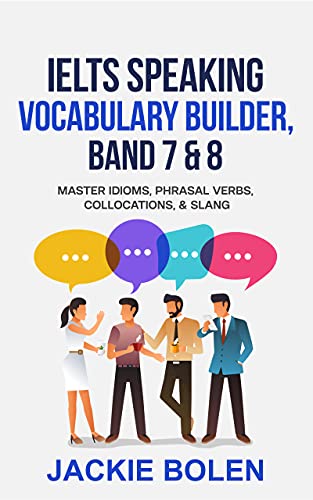 To score at the highest levels, you’ll need to be able to form a variety of simple and complex sentences accurately. The keys are to use a variety of sentence types and to make few errors.

You’ll need to be able to be understood very easily, without any effort on the part of the examiner. Plus, you’ll have to put emphasis on the correct words within a sentence and also within a longer speaking turn. To score at the highest levels in this section, don’t be afraid to show your personality and have a bit of fun with the test!

How Difficult is it to Score Band 9 on the IELTS Speaking Test?

It’s quite difficult (though not impossible) for non-native English speakers to achieve a band 9 on the IELTS speaking test. There are people who have been learning English as a second language (most Europeans for example) since they were a young child and they also have a first language that is similar to English. For these people, it may be achievable.

Or, some people moved to an English-speaking country when they were young who may be able to get this score. Or, those who did a large part of their education in English.

Of course, you may be stronger on IELTS listening as opposed to speaking, or your reading is better than writing. Overcome this by focusing on your areas of weakness. 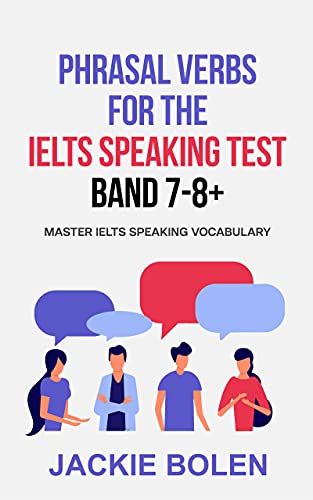 How to get a Band 9 Score

However, being a native English speaker doesn’t automatically mean that you’ll be able to get a 9. It’s not that easy to do! To do that, you’ll also need to do the following:

The good news is that there is almost no reason why someone would need to get a 9 on this test. For educational, immigration, employment or other purposes, I don’t know of any of them that would require getting a 9! So, don’t worry about it. Scoring a 7 or 8 on the speaking test is a far more achievable goal and should be acceptable in almost all cases.

Even native English speakers may struggle to get a 9 for a listening band score or an IELTS reading band score as it’s very easy to miss a question or two.

A common question that people have is whether or not the test is easier at any particular test center, including IDP or the British Council. In reality, the test, as well as the grading is exactly the same, no matter where you take it. Find out more:

BC IELTS vs IDP IELTS.

There are a number of common questions that people have about grading a speaking exam. Here are the answers to some of the most common ones.

How do you score a speaking test?

You can score a speaking test by using a rubric. For example, the IELTS speaking test is graded equally among the following four categories: Fluency & Coherence, Vocabulary, Grammar, and Pronunciation.

In order to get an 8.5 in IELTS speaking, you will need to be close to fluent in English. It’s almost impossible to get this high of score unless you’re already proficient in English speaking. Beyond that, study the test format and do practice speaking exams to get familiar with the test.

Is 6.5 a good score in IELTS speaking?

6.5 is a good score in IELTS speaking and it means that you’re reasonably proficient at talking about both familiar/personal topics and unfamiliar/general ones. This score is often good enough for entrance in many educational institutions, for immigration or employment purposes.

What is the lowest score in IELTS speaking?

The lowest score in IELTS speaking is 0, which means that the person said nothing. A score of 1 is someone who says words but they don’t have any meaning. A 2 is given to someone who may answer some of the questions with 1-2 word answers.

Is IELTS difficult to pass?

IELTS isn’t a test that you “pass” or “fail.” It’s graded from 0 to 9, with band 9 being the highest score (totally fluent).

The IELTS speaking test grading is done immediately by your examiner. However, they are not allowed to tell you your score immediately and you’ll have to wait a few days to find out your official results.

How can I sound like a native English speaker?

IELTS Speaking Band Score: How is it Calculated?

Each of the four categories (fluency/cohesion, pronunciation, lexical resources, grammatical range and accuracy) are given a score from 0-9. Each section has equal weighting and is averaged out to the nearest o.5.

Do you have any questions about how this speaking exam is evaluated? Or, some IELTS speaking test tips?  Leave a comment below and let us know. We’d love to hear from you.