How to Improve your IELTS Speaking Test Score

As the IELTS exam has become increasingly important internationally, there’s more and more information available on the Internet about the exam. It’s important to consider this information critically, and to consider the source of the information. Many people have their own opinions about how to perform well; some of these opinions come from direct experience, while some, unfortunately, amount to educated guesses that might not be informed.

There are five things you should know specifically about the IELTS Speaking exam. Some may seem obvious; some might apply to other exams. Of course, you should arrive on time, well before your scheduled speaking test time, and pay close attention to your appearance. Being on time for all of the tests is vital, but your appearance isn’t as important in the other exams.

In the speaking test, you’ll be sitting one on one with the examiner. Your appearance isn’t an exam criteria and shouldn’t matter, but examiners are human and may occasionally be swayed subconsciously by your appearance. Being well groomed makes you look confident and serious, and this can only help you.

The five things that apply directly to the IELTS speaking exam are:

Tip #1: Relax and Slow Down

First, if you feel nervous and start to rush as you talk, stop, relax and slow down. You should talk at a natural, comfortable pace, which is one of the exam criteria; if you talk too fast, you’re more likely to make mistakes. It’ll be more difficult for the examiner to follow what you’re saying and grade you accurately.

The most important aspect of the exam is how well you communicate your ideas; talking at a natural pace is central to this point. For more information on relaxing during the speaking test, refer to my book “Surviving IELTS Speaking” on Amazon.com (the paperback version). You can also find a Kindle version in the Kindle section of Amazon.com.

Tip #2: Can you Repeat that Please?

Some IELTS teachers and websites say you should ask for an explanation, but examiners won’t explain. The reason is that they aren’t allowed to explain; the officials who create the test materials presume that you should be able to understand what is being said. In fact, this is one of the criteria you’re being tested for.

You know that the exam is being recorded; the recordings are monitored afterwards. An examiner who is caught breaking the rules, such as explaining something to a candidate, can be fired permanently. This will generally never happen on an IELTS speaking test!

Third, stay on topic at all times during your IELTS speaking test. I’ve read some complaints on Internet blogs that staying on topic shouldn’t matter; candidates complain that their speaking ability is being tested, not the topic. I’m sorry to say that this isn’t true.

Candidates aren’t being tested just for their speaking ability, they’re being tested for their ability to communicate. This means that they have to be able to relay information that is relevant to the topic. If you asked someone “how are you today?” and they answered “I’m pleased to meet you, too”, you’d be quite confused. The answer is completely irrelevant to the question; there has to be a logical connection between the question and answer. Let’s look at a potential situation: you’re talking about your grandfather and without realizing it, you refer to him as “she”. This is a common, very normal mistake people make when learning English. Stopping to correct yourself and say “he” would be smart, as you’ve shown that you’re aware of the mistake and what the correct word is. You’ve demonstrated that you have the correct knowledge, even if you occasionally slip.

What about Complicated Mistakes?

But what if you make a more complicated mistake on your IELTS speaking test? In another potential situation, you’re talking and use the incorrect word: you say something like “I was told from the man…” instead of “I was told by the man…”. If you stop and correct it and move on, continuing to speak smoothly, no harm has been done.

If, however, you stop to correct the mistake and then struggle to continue, this will harm your score. In a mistake like this, the listener (examiner) knows what you meant to say and the word you should have used, so it doesn’t interfere with the listener’s comprehension. It’s a small mistake and won’t affect your score unless you start to repeat the mistake with different words.

If you begin to struggle, if you are starting and stopping, saying sentence fragments and repeating yourself, this will affect your score for coherence. It makes it more difficult for the listener to understand you. There is no right or wrong answer, but I would strongly suggest not correcting the mistake and moving on.

Fifth, avoid memorized responses like the plague. Seriously. Especially in Part 3. I read one website while I was researching and writing this article that suggested examiners are predictable in their questions. It said it’s ok to have some fallback phrases. This is one of those rare moments when I become a little angry, because this is bad advice.

It’s true in Part 1 of the IELTS speaking exam that examiners have to choose between a selection of pre-written questions and aren’t allowed to alter them in any way; the questions must be asked exactly as they are written. If you use a memorized sentence, it might not be noticeable at first; but you should try to expand each answer.

You don’t want to reply each time with single sentence answer, because it’ll look like you don’t have much to say. You don’t want to talk at length in Part 1. Two to three sentences per question is perfect, but one sentence every time will hurt your score.

In Part 2 of the IELTS speaking test, you’ll do all the talking and the examiner won’t talk at all. If you think you can memorize two minute speeches on every topic you might be asked, go for it. However, I’d be surprised if someone could do this. And if the answer you give and expand on is off-topic, your entire Part 2 answer won’t be acknowledged. That’s right, you’d lose everything you said in Part 2, as if you hadn’t said anything. You can see where I’m going with this, yes?

Examples and Skills for Part 2 of the IELTS Speaking Exam

The examiner in this part is testing your ability to communicate naturally at higher levels of English, on topics that are much more complicated. They’ll raise and lower the complexity of the questions as they determine what you’re able and unable to do. Your answers must match the grammar of the questions for verb tense, sentence structure and so on. Trust me, it is almost impossible to do this with memorized phrases.

About the Author: John Kenmuir

Bio: John Kenmuir is a former IELTS speaking examiner, having examined thousands of students through the Shanghai Branch of the British Council, and has also been an ESL/EFL teacher since 1995. He has taught in his native Canada, South Korea, China and Saudi Arabia, and is the author of the new book “Surviving IELTS Speaking: Improving the Experience”, available on Amazon in both paperback and Kindle versions. He is a published writer, author & poet, currently residing in Merida, Mexico, where he continues to write and author new books.

Have your Say about these IELTS Speaking Test Tips

Do you have any go-to tips that you’d like to share about the IELTS speaking test? Leave a comment below and let us know what you think. 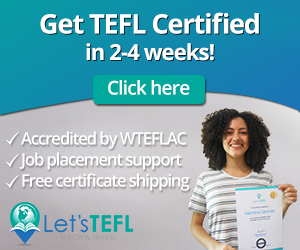 39 ESL Icebreakers: For Teenagers and Adults
$3.99
Buy on Amazon