If you ask your students what they want to do in class, they’ll often say “free-talking.” That’s fine, but I actually kind of hate it. Keep on reading to find out more about why I think it’s often a huge waste of time.

I recently attended the Kotesol International conference 2015 in Seoul and want to talk about a presentation that I attended by Tina Zaman called, “English Conversation Workshops for Fluency.”

The gist of it is that she begins her classes by having students talk with their partner about a single open-ended question for 15 minutes. She made no mention of whether or not this question is related to anything else that her class is studying, or whether it’s stand-alone.

I tried asking her, but she wasn’t open to answering questions it seemed. A few people questioned how it was possible that her students were able to do this for 15 and not move into just speaking Korean, but again, she didn’t give an answer.

Is this What Actually Happens During the Celta?

I’m cool with like people doing whatever in their classes, but she kept mentioning that she recently took a CELTA course and was really influenced by it. Now, I also did the CELTA (and the next level-the DELTA) and feel like if I did this in my observed teaching sessions, my tutors would have been horrified.

And, I would have failed the lesson. And failed hard. Like our tutors specifically told us not to put an aim like, “To practice speaking” in our lesson and instead replace it with, “To practice using the simple past in conversation.”

Anyway, here’s why I think free-talking for ESL students like she does is bad, bad news for our students if you actually want to them speak English fluently.

Why is Free-Talking Bad for (Most) Students?

There are a few different reasons:

If you really want to become fluent in speaking a language, you need to have a core of multi-word chunks that are at the level of being automatic. Chunks are things like collocations, phrasal verbs, idioms, sentence frames and discourse markers to name just a few.

In order for these things to become automatic, you need targeted practice. So, targeted conversation practice that focuses on some of these things can be far more useful that just random speaking. You can see more details about this stuff in Scott Thornbury’s How to Teach Speaking, Chapter 2. His argument is pretty convincing.

Free Talking is not a Task

It’s certainly not a rehearsal for anything because when would you be expected to talk about a single question for 15 minutes. It also doesn’t lend itself to meaningful feedback, like you could give if you had students doing something far more targeted around a specific grammar or vocabulary point. Nor is it engaging as far as I can see.

If I were a student, I’d have a hard time understanding how this was actually helping me.

Something Like this Just a Minute activity would be much better if you want your students to practice speaking English.

If you really want to get your students working on their fluency, wouldn’t task-based or communicative activities be a better use of class-time? They’re far more motivating in my opinion because students have a reason to complete the task.

For example, something like an ESL survey gives students opportunities to talk with each other, but gives them a reason for talking.

What the Gurus Say

Now, I’m perhaps not totally up to date on all the current research, but like I can’t say that I’ve ever seen something like this mentioned as a good thing to do to help our students. I’d welcome a correction though so please send some studies my way!

Now, just because she brought it up in her presentation, let’s talk CELTA. What she does certainly does not fit into any framework that they teach.

At the beginning of a speaking lesson, you should activate prior knowledge, by doing a warm-up activity of some kind such as talking to your partner about a question for 2-3 minutes, or making a prediction based on a headline, or describing a picture, etc.

Then, you get introduced to the language usually through a reading, or listening and there can be some pre-teaching before this happens. Then, there is a short presentation of the target language, which you can often do through some sort of self-discovery.

Maybe my View is Tainted?

I remember way back to my first year or two teaching in Korea. I had this class of middle-school students where all they wanted to do was free-talking. They’d been doing it for the previous year with the last foreign teacher.

These students made the same basic mistakes over and over and over again every single day. They had extremely limited vocabularies and grammatical range simply because they were using the 20 things they knew and not pushing themselves to use new stuff.

It would have been far better for them to use a textbook of some kind and systematically incorporate new vocabulary and grammatical structures into their knowledge base and then work on these things moving to the level where they became automatic.

Your Thoughts on Free Talking?

How can we actually help our students get better at speaking English fluently? Do you think something like free-talking for 15 minutes at the beginning of class would be useful? 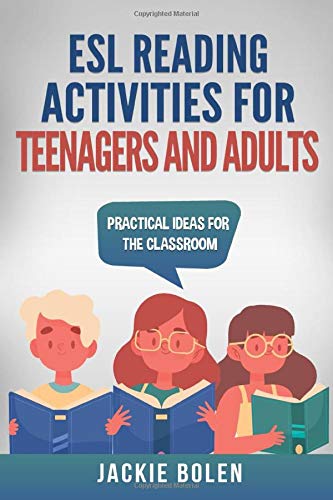 ESL Reading Activities for Teenagers and Adults: Practical Ideas for the Classroom
$13.99
Buy on Amazon 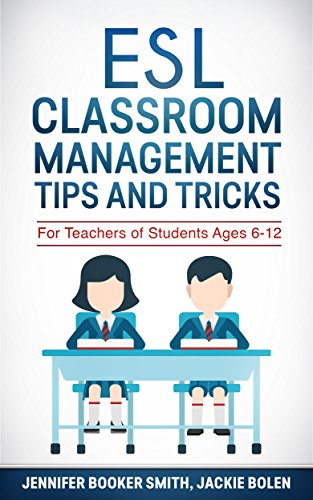